The truth is that Twitter is continuing to grow and expand in a new international market.

These Twitter user statistics will give you the complete story of where Twitter is at today and what the future looks like for the social media company.

After reading through the latest Twitter user statistics you will see why Twitter is worth a $44 billion market cap today!

There has been a general assumption that Twitter is a dying social media platform.

But that couldn’t be further from the truth.

These are the key Twitter user statistics that you need to know:

Although there is some doubt as to whether the deal with Elon Musk will go through, it brought a lot of attention back to Twitter as a platform.

This has been a good thing in terms of popularity.

There are key demographics and users that are attracted to Twitter because of how the platform operates. Here is a breakdown of the average Twitter user.

Twitter has one of the highest differences in users by gender.


Other social media sites such as Instagram or LinkedIn have a much more equal user base in terms of gender.

This is a much more equal balance between men and women.

Twitter users tend to be used by younger people.

While platforms like Snapchat and TikTok have been the most popular platforms for people under 18 years old, Twitter has done a good job at carving out its own user base.

They have maintained a unique platform that attracts certain age groups.

This is the breakdown of Twitter users by age group:

Another notable point is that Twitter has a strong user base in the 18 to 24 age group.

Twitter has strategically targeted young adults with the goal of keeping them on their platform as they get older.

The US has historically been the target country for Twitter since its launch in 2006.

The largest number of users is still in the US with almost 80 million. But Twitter has also managed to penetrate the international community with some surprising countries adopting the platform.

This is the full breakdown of Twitter users by country:


Most of the growth on Twitter is now coming from the international community.

Twitter is the most popular social media network in Japan, used by 64.1% of all people in the country last year. This figure is expected to increase to 68.4% by 2023. 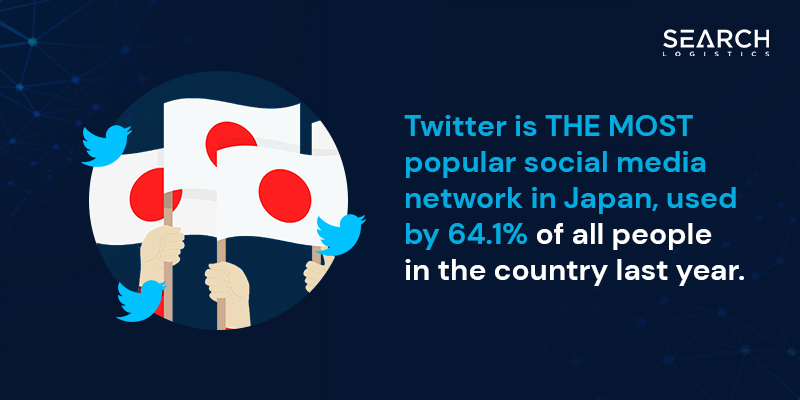 India is also a big adopter of Twitter with a user base now up to 23.6 million.

India is a good option for Twitter to penetrate further because of the size of the country.

Twitter was bolstered in India by Indian Prime Minister Narendra Modi using the platform regularly to share news and updates about the country.

He currently has the 9th most followers on Twitter in the world.

The Asia Pacific region has been the biggest growth sector for Twitter. 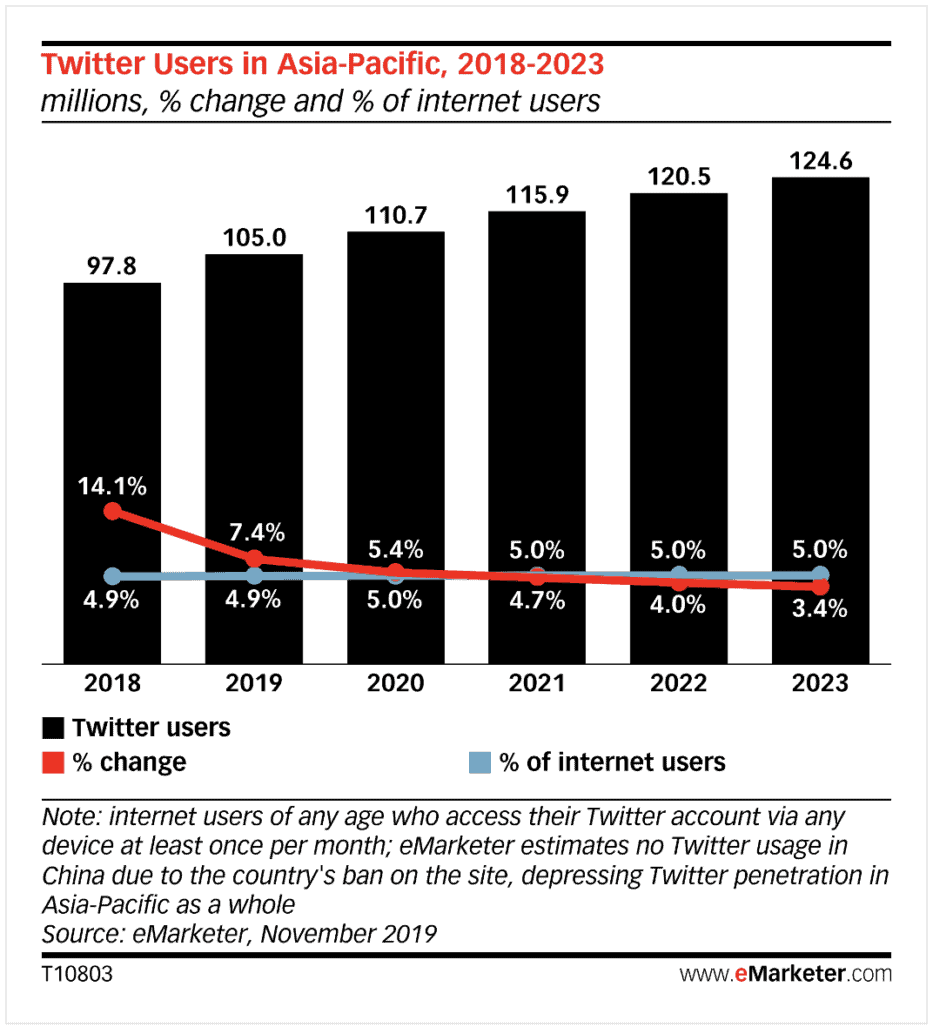 Judging from these statistics there seems to be a lot of room for growth in Twitter’s future!

The platform has managed to penetrate the global market, covering lots of different regions and continents. This is impressive for a comparatively smaller platform competing in a very saturated social media world.

Twitter’s popularity had been stagnating for some time.

But in the last couple of years, the platform has been growing again – even climbing up the rankings in terms of active users.

As of January 2022, Twitter is ranked as the 15th most popular social media site in the world. The platform currently has 436 million active monthly users.

In 2021, Twitter was ranked as the 17th most popular social networking site worldwide so it managed to jump up 2 spots within a year.


What does this really mean? 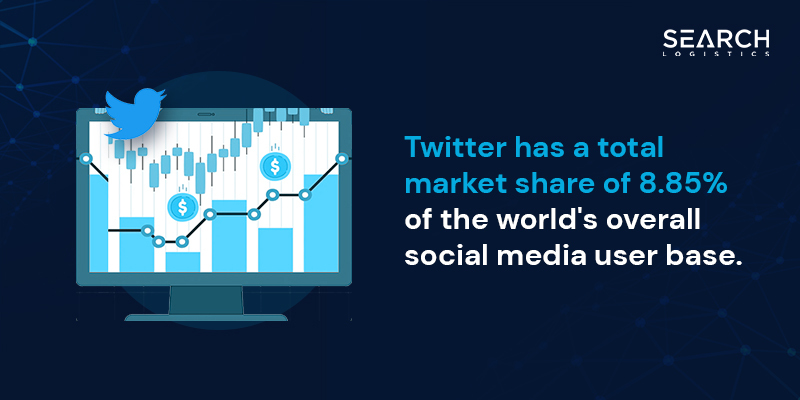 This is impressive for a social media network that has been around since 2006.

What about the United States? 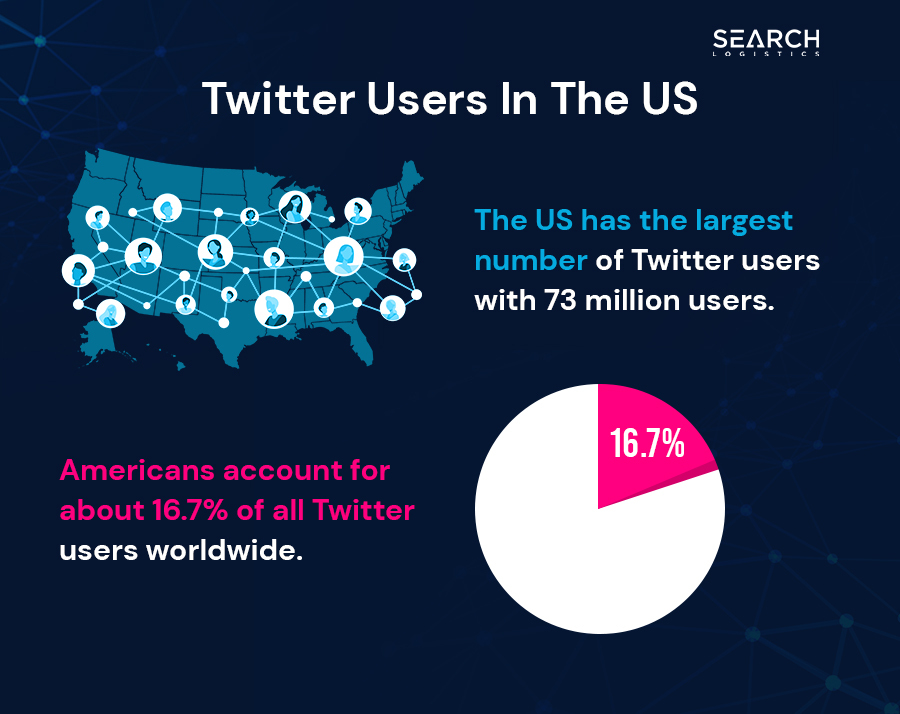 But Twitter users in the United States are loyal and use the platform regularly: These are encouraging Twitter stats that show the loyalty of users on the site.

Twitter also has 37 million monetizable daily active users in the US.

But Twitter doesn’t have long to show ads to those users.

The average US adult spent just 6 minutes per day on Twitter in 2021.

This is significantly less than a platform like Facebook where the average adult spends about 38 minutes per day.

There are a lot of reasons to use Twitter.

One of the biggest advantages of Twitter is the speed at which information can be passed around. People use Twitter primarily to get news and for entertainment.

This is the breakdown of why people use Twitter today:


One of the Twitter statistics that stands out the most is that people use the platform to get news, just as much as they use it for fun.

Twitter has capitalised on this making it easy to follow the latest news and get updates when big news drops.

Another encouraging statistic for businesses is that 1 out of 3 Twitter users wants to follow brands and companies. Producing great tweets regularly should mean you can grow your Twitter audience consistently! 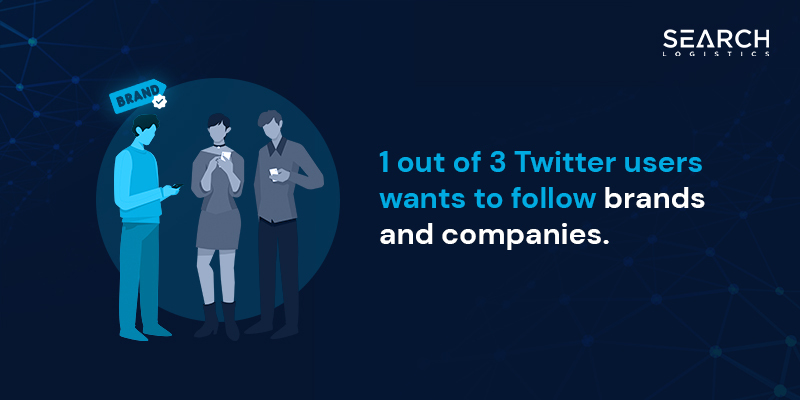 On the other hand, just 14% of Twitter users are there to network professionally.

With over 436 million monthly active users, building a huge Twitter following is not an easy task. But that doesn’t mean it’s impossible…

These are the top 25 accounts with the most followers on Twitter right now:


Most of the top 25 accounts are people with just 6 accounts in total being a brand or company. In general Twitter accounts based on personal brands tend to do better.

But that doesn’t mean business accounts don’t do well.

You just need to work hard to create personal connections with your audience.

Twitter’s value has changed a lot over the last 15+ years.

As the social network has grown, so has the value.

Since its first round of funding in 2007, the value of Twitter has grown significantly.

2 years later, Twitter decided to launch its IPO in 2013 and valued itself at $14.2 billion as it entered the public market.

Investors agreed with Twitter’s strong valuation and the share price soared by 73% above its initial offering price.

Twitter reached its highest market cap ever in February 2021, with a value of $61.31 billion. The stock has been pretty volatile since that period dropping to $29.18 billion in May 2022. 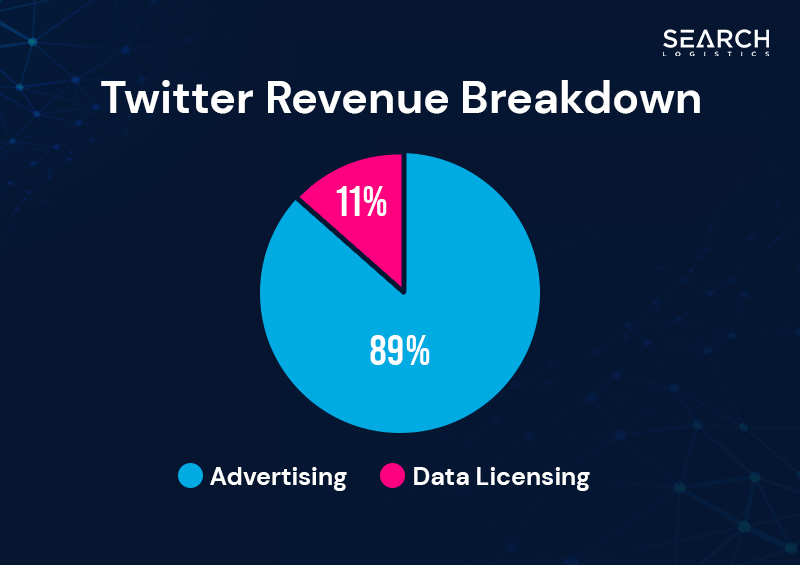 Twitter has managed to grow revenue every year except in 2017 when revenue decreased by about $90 million.

This was a massive 37% increase from the previous year. Here is the breakdown of Twitter’s revenue since 2010:


Twitter critics are fast to point out that Twitter hasn’t done nearly as much revenue as it could with the number of users they have.

This is despite the fact that Twitter has had consistent growth in revenue over the years.

The Twitter ads platform isn’t as good as Facebook or LinkedIn which has stopped marketers from making it part of their core digital marketing strategy.

Experts predict that if Twitter was able to create a better advertising platform its revenues would improve significantly.

It seems they have all the users and data to do it!

The truth is that Twitter has a very solid user base and is consistently growing – both in users and revenue. And it looks like it could just be beginning!

Twitter seems to slowly be picking up traction outside of the US in the international market. They have also catered the platform to appeal to a younger user base that will allow them to have continued growth in the future.

As a personal fan of Twitter, I am excited to see how the platform grows!

But that’s enough from me. I want to hear from you.

Let me know in the comments!