Believe it or not – Amazon Prime had a slow start and it wasn’t an instant success.

What is Amazon Prime exactly?

Amazon Prime is a subscription service offered by Amazon that provides a ton of benefits to members:

And so much more.

Amazon Prime now has more than 200 million subscribers across 23 different countries. And it doesn’t look like it will slow down anytime soon!

In this blog, I will cover the latest Amazon Prime statistics, which show just how big Amazon Prime has become and will continue to be.

Let’s get into it!

Amazon Prime’s growth is what has been most impressive. They have managed to convert millions of customers into loyal subscribers at a very fast rate. 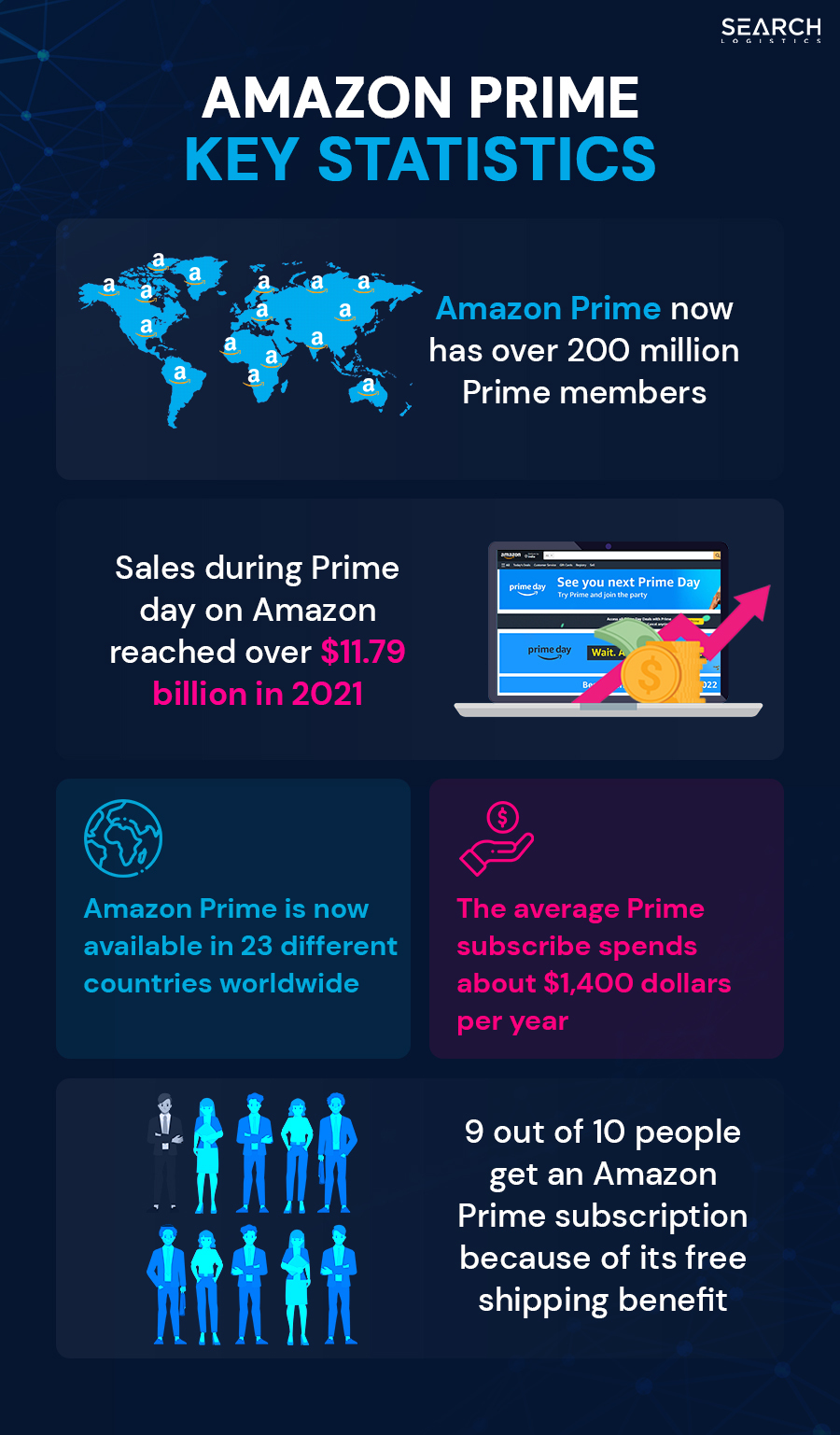 These are the Amazon Prime statistics you need to know:

The most interesting thing about Amazon Prime is that it has increased sales for Amazon.

That’s a big win for Amazon.

Amazon Prime’s subscriber rate has been growing consistently since 2011.

While most Amazon Prime members are in the US, Amazon has been pushing the service in other countries. This has helped increase Prime subscribers by up to 25%.

Here are all the user Amazon Prime statistics worth knowing. 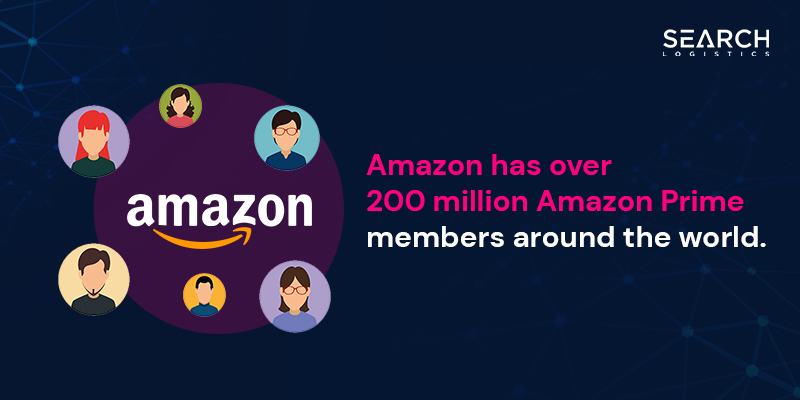 If Prime subscribers were a country, it would be the 8th biggest country in the world by population!


Today Amazon Prime is available in 23 countries globally including-

They have actively been expanding the number of warehouses and working with different countries to establish a wider distribution.

This has meant that Prime subscriptions are starting to grow within the European region.

The United States has the most Prime Subscribers by far.

Overall the US accounts for about 74% of all paying Amazon Prime accounts globally. 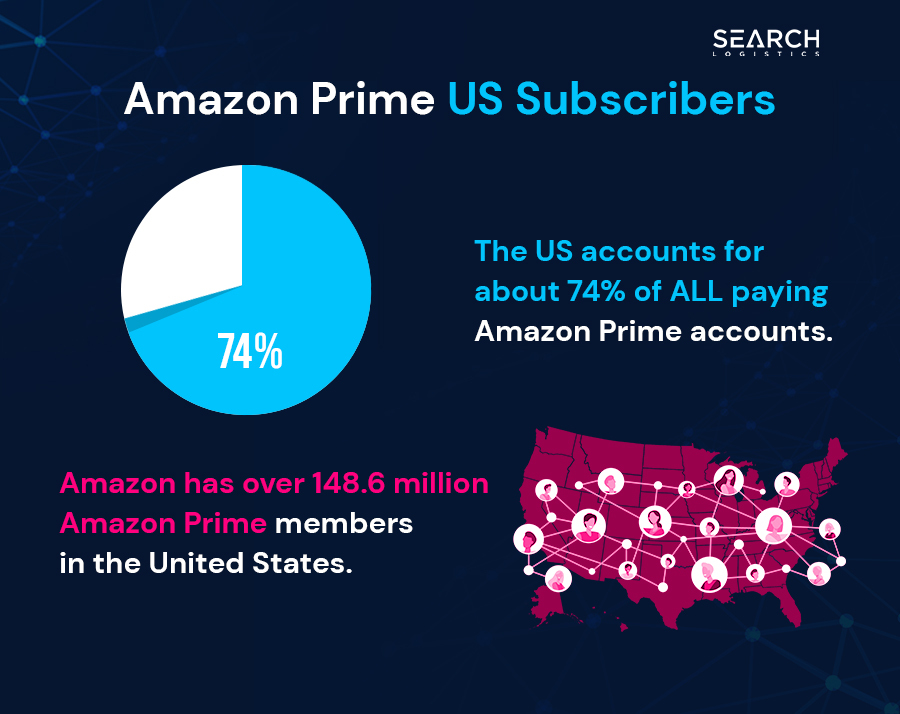 This means that Amazon has 148.6 million Amazon Prime members in the US alone. But that number is just the beginning of it.

Since 2017 Amazon has grown its Amazon Prime user base by 49.05% from 99.7 million. Here is the full breakdown of Amazon Prime subscriptions by year in the US.


eMarketer has predicted that the number of Amazon Prime users in the United States will reach 168.3 million by 2025.

The reason that the growth rate is expected to slow over the next 2-5 years is because Amazon is likely to reach market saturation in the US.

That means everyone in the US that wants a Prime subscription has purchased one.

That’s why Amazon is pushing Prime in other parts of the world.

Who are Amazon Prime users in the US?

While a diverse range of demographics uses Prime, a prominent demographic stands out more than the others.

According to the latest Amazon Prime statistics, about 81% of US internet users aged 18 to 34 have a paid Amazon Prime membership.

This drops down further to 60% for internet users aged 55 years and above. These numbers are still very high when compared with the international market for Prime. But clearly, the market penetration drops significantly for people above the age of 34. Experts predict this isn’t likely to change that much in the future.

Amazon Prime comes with a ton of great benefits.

But what’s the main benefit that Amazon Prime subscribers value the most?

90% of Prime subscribers keep their Amazon Prime subscriptions because of the free shipping that Amazon offers. 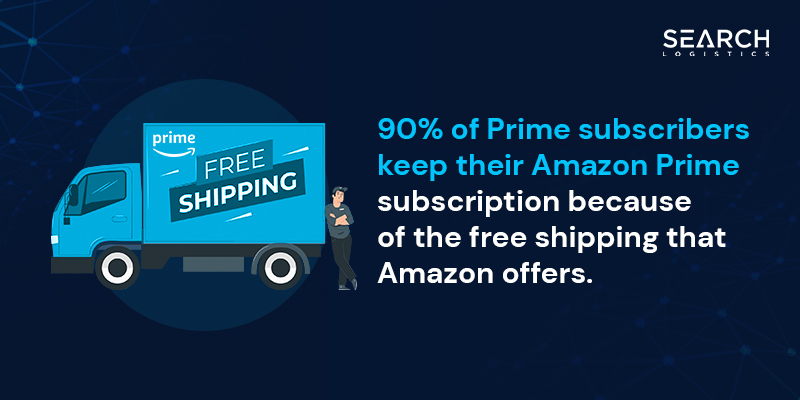 All of the other benefits to Prime are just add-ons in most customers’ minds.

Speed of shipping is also a significant factor for subscribers.

…And it’s also a big competitive advantage for Amazon!

It’s very hard for other ecommerce retailers to compete with the shipping benefits and remain profitable.

How much money does Amazon make from Prime?

These are the latest Amazon Prime statistics on sales and revenue.

Prime Day has almost become a national holiday in the US.

It’s big for retailers, customers and of course – Amazon.

It is an annual event exclusively for Amazon Prime members where national and third-party sellers offer huge discounts on millions of products.

Amazon encourages all their sellers to provide outrageous discounts for these two days.

Because it brings in a massive amount of revenue and sales.

This was a huge 7.7% increase from $10.39 billion in 2020. The bottom line is that Prime Day works and retailers gain a considerable amount of sales during the annual event.


You can see that Prime Day sales from 2021 were 4.64x times higher than just 5 years earlier in 2017. While it started slow, Prime Day has become a massive revenue generator for both Amazon and their retail partners.

Popular Amazon products are discounted between 40%-60% during the two-day event.

The Fire TV Stick 4K was the most common Amazon device purchased on Prime Day 2021.

Before we jump into the Amazon Prime revenue, it’s important to note that Prime revenue can’t be entirely isolated.

Prime is one of the biggest subscription services offered by Amazon.

The subscription services include:

So how much does Amazon make?

Amazon made $31.77 billion from memberships and subscriptions in 2021. This was more than a $6 billion increase from the previous year. 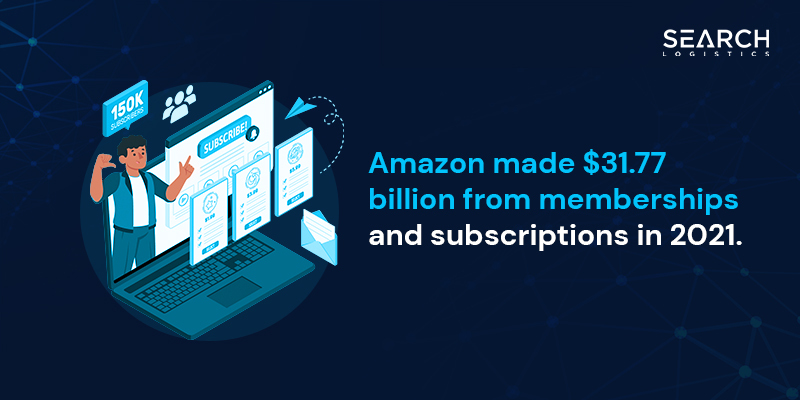 Here are the latest Amazon stats on subscriptions since 2014.


Amazon subscription revenue has more than doubled since 2017. They have managed to add more than $5 billion in revenue every year since 2018. 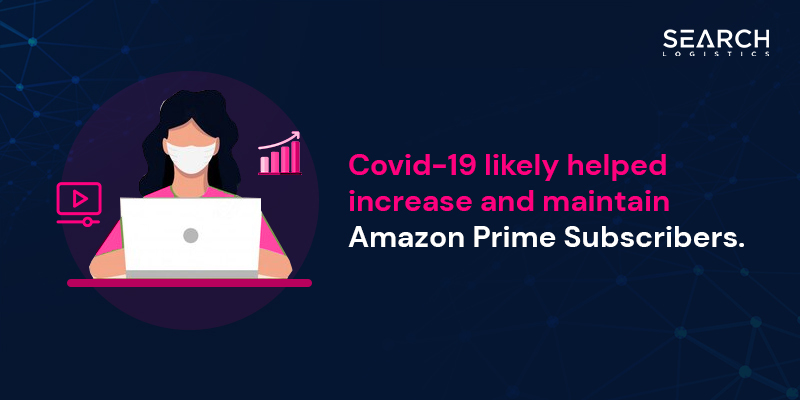 Amazon Prime revenue is expected to increase this year due to Amazon increasing their Prime fees. It’s the first increase in Prime fees since 2018.

It’s also important to realise that the stats above don’t even include how much extra revenue Prime generates in terms of sales for Amazon.

The truth is that Prime customers spend more.

Prime plays an essential role for Amazon increasing spending by customers by up to $800 extra per year.

That’s the complete wrap-up on the latest Amazon Prime statistics.

Even though Amazon is publicly traded, they release very little information about Prime specifically.

This is likely because of the value and competitive advantage that Prime offers Amazon as a company.

Prime helps Amazon maintain a very loyal customer base. Users also get a huge amount of benefits, primarily in shipping and discounts on products.

The Amazon Prime statistics show that Prime is only going to get bigger.

It has been widely successful across the United States and Amazon is looking to replicate their success in other countries going forward.